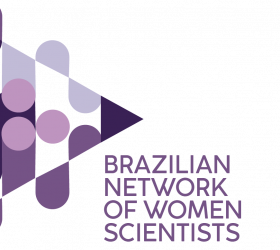 This letter launched the idea and 3000 Brazilian scientists signed it, starting this movement. If you also want to contribute, join our network.

At the moment that we publish this statement, 360 thousand Brazilians have died as a result of the Covid-19 pandemic. As the national and international community is well aware, a significant number of these deaths were caused by the Brazilian Federal Government’s decision to defy science and disregard the lives of Brazilian people, putting at risk those who it had a duty to protect. Deteriorating social, economic, and psychological conditions resulting from the absence of adequate public policies to contain the disease have eroded the nation’s social fabric and left thousands of Brazilians to fend for themselves.
The crisis has struck vulnerable populations, especially women, the hardest. Women bear the burden of caring for children, the elderly, and the sick, often as heads of their households. Many have had to leave their jobs to dedicate themselves exclusively to their families, while others have found their insertion in the labor market increasingly precarious. The worsening of domestic and political violence against women has also been broadly reported.
Poor, Black, and women residing in poor, peri-urban neighborhoods are even more intensely affected by the pandemic, either because of the health crisis itself, or as a result of the economic crisis, the suspension of their children’s classes, the intensification of domestic violence, or reduced access to health care and reproductive health services. All this comes on top of the racism, misogyny, and sexism that are always present in their lives. Furthermore, for every ten pregnant women or mothers who die from COVID-19 in the world, eight are from Brazil. This fact expresses women’s profound vulnerability in the face of an unbridled pandemic.
We must remember that the unemployment rate in the last quarter of 2020 was 14.4% in general, but 17% among women. Women’s participation in the paid labor force fell to 46.3%, the lowest in 30 years. As in other parts of the world, vulnerability has a female face. It compromises women’s autonomy and integrity, along with that of children, adolescents, and the elderly, since almost half of Brazilian households are supported by women. Inequality is even more perverse in the case of Black and poor women, social markers of difference that intersect and reveal this even more vulnerable group.
Most care work, as shown in various scientific studies, is conducted by women. Considering that all people need care, and that this need is magnified in pandemic times, the gender division of caretaking acutely affects the lives of women, who are already overburdened in the home with the care of family members and, on average, are also underpaid in the labor market. Women comprise the majority of health professionals, as well as other undervalued professions related to the reproduction of everyday life.
This dramatic situation has mobilized a diverse set of actors throughout society and academia, who seek to respond to this urgent crisis, with the diverse resources at their disposal.
Thus, we stand united in the defense of women’s lives and well-being.

As scientists, women are still under-represented in Brazilian universities and research institutions, according to data from the Brazilian National Research Council for Research (CNPq). In this dramatic moment that even affects our scientific production, we seek to act in defense of women from a perspective that draws attention to an issue that has been, until now, excluded from the public debate: the effect of the pandemic on the lives of Brazilian women.
Public policy aimed at supporting women and girls during this humanitarian crisis has been entirely absent.
It is paramount to demand that the Brazilian State fulfill its responsibilities, and to do so from a gender perspective. Without such a perspective, we will be unable to diagnose problems and devise alternatives capable of fully protecting the lives of women and preventing the further worsening the country’s gender inequalities as soon as possible.
There is much to be done. Social protection and welfare policies that guarantee safe living and working conditions for Brazilian women can be implemented in the short term.
Based on knowledge accumulated over lifetimes dedicated to science in a variety of fields, we focus on the implementation of policies directed to women around six strategic themes:
– Health
– Violence
– Education
– Social Assistance and Food Security
– Work and employment
– Housing and Mobility

Policy proposals in these areas already exist. Highly qualified research has already been conducted and policy experience accrued around these six themes. By joining together, we seek to bring these policy solutions to the center of the public debate, promoting an integrated approach that revolves around the daily needs of women.
Pursuant to this goal, we will seek to:
1) Interact in unison with public officials, at all levels of the Federation, providing technical know-how in the form of guidebooks and protocols, in an effort to expand the response capacity of public agencies. We know that, especially in smaller municipalities, there is a paucity of specialized knowledge about women’s lives in these six strategic areas. Although resources often exist, technical staff do not always have efficient, structured solutions. We hope to provide rapid response solutions for these localities.
2) Look for ways to broaden this debate in the public sphere, by involving journalists, women’s associations from the Judiciary and the Public Ministry, feminist movements, etc., so that this debate can become a collective search for solutions. Continued silence about the effects of the pandemic concerning the lives of Brazilian women and girls only serves to aggravate the health and economic crisis. For this reason, we propose a national risk communication campaign during the emergency, with an emphasis on gender issues. Such a coordinated campaign has never been conducted before in this country.
3) Broaden the dialogue with elected officials and other decision-makers to build awareness about the urgent need to guarantee basic living conditions in this context of humanitarian crisis. Acknowledging not only the extended timeline of the current pandemic, but also the scientific evidence — widely recognized by the international community — that new pandemics are on the way, we must encourage and support legislation that establishes, at all levels of the Federation, the permanent inseparability between quarantine and social protection measures, such as emergency aid and other material benefits and income support, as well as protection programs for small and medium businesses.
4) Systematize and disseminate successful pandemic responses, especially in poor, peri-urban neighborhoods, including both community self-organization (for example, Paraisópolis, Complexo do Alemão etc.) and local government initiatives (such as Niterói, Araraquara etc.), with emphasis on the participation of women in these processes. To this end, we propose, in addition to the systematization of experiences, the promotion of dialogue between scientists and activists.
5) Encourage and advise initiatives related to memory, truth and justice, with a focus on the impact of the pandemic on women’s lives. This includes public platforms for testimonials from Covid-19 victims and their families, as well as from professionals working in essential services, such as health care, and from workers in non-essential services who continue on the job. We also plan to support investigative initiatives by civil society and other institutions to hold accountable public and private agents accountable for the spread of Covid-19 in Brazil.
Join us in these initiatives, in defense of women’s lives in the pandemic!

Meet the Brazilian scientists who signed this letter.